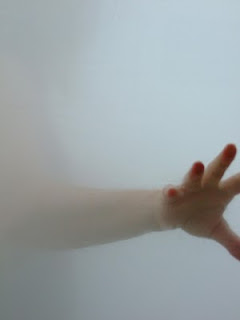 Until I read Eyes Wide Open by Mariana Caplan and Cave in the Snow by Vicki Mackenzie, I was completely ignorant of the pervasivenesss of the so-called “spiritual gossip”.

To Caplan, however, it is relatively common for her to hear about how “X” teacher manipulates his or her students into illicit relationships of all varieties, abusing their students on the physical, psychological/emotional, or spiritual level and further damage them with blame. She acknowledges the importance of life-threatening instances and that they do occur, but “most of the infringements are milder — and therefore less visible — including psychological, financial, and sexual coercion. Even more common is the phenomenon of spiritual mediocrity.”

I have stayed in monasteries where I am weighed over. How much am I worth? What jobs am I good for? Who are my family connections and how much money do they have? I have been threatened with having to pay for monastery stays in either menial labor or rent.

I recall both my teacher and His Holiness the Dalai Lama pleading that repeat offenders of the serious sort must be brought to light. I continue to wrestle over this, as there is a small voice in me that says wait until I have the opportunity to tell the story in total; meanwhile, adhere to the intent of the Bodhisattva Precepts and do my best to protect Buddhism and its serious aspirants.

I also recall that both my teacher and His Holiness the Dalai Lama never asked anybody to respect them. They only model respect for others so that their students would emulate in turn. Spiritual mediocrity is too often expressed in idiotic demands such as, “Show me respect, you underling! You are to be abused and ridiculed in this insular realm where I have more power! This form of obedience is very good for you (and certainly for me)!”

It is only too obvious, of course, that manipulative and sometimes more covert stances such as this only further make clear that these people must be so afraid of what little spiritual attainment they possess, to have to swagger about their only claim to hierarchical authority, “I am senior! I am your teacher! And that’s an order, damn it!”

When there is a large enough number of such individuals gathered, groupthink spreads like an insidious virus. “A spiritual group makes subtle and unconscious agreements regarding the correct ways to think, talk, dress, and act. Shared intentions with respect to practice and protocol become invisible, and institutionalized agreements homogenize the group, offering a level of psychological safety that has little to do with the shared task of spiritual development. Individuals and groups infected with group mind reject individuals, attitudes, and circumstances that do not conform to the often unwritten rules of the group.” (Caplan, 2009)

There’s no group, no matter how developed, that does not embody some aspect of unhealthy cultic dynamics as part of its structure — and the denial of such dynamics, or lack of awareness of them, is one of the most common indicators of this disease.

The cure for this disease in the underbelly, then, is not in denying or defending. Instead, peace is made in acknowledging the gnawing games played, in offering an explanation, an expression of remorse and reparation, and in investing patience, open communication and large doses of the Dharma into long-term healing.

We’ll know when we have touched enlightenment with these:

The 12 Symptoms of Inner Peace – by Saskia Davis

4 thoughts on “The Underbelly of Enlightenment”