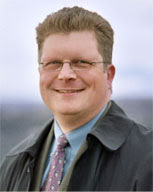 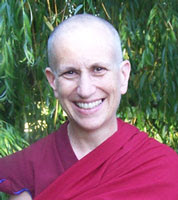 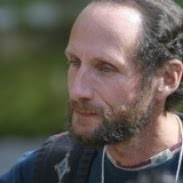 Conflicts may be rampant, but we learned in part one of this two-part series on “How to Resolve Conflicts: from the Personal to the Global,” that they are also opportunities. Peace is unimaginable to many pessimists, however, 90% of our lives and history really have been conflict-free. Even in the case of seemingly irreconcilable differences, peace have prevailed in some entrenched battles, often times when we recognize our power to change ourselves. We’ll talk about bringing peace to 99% of our lives by offering applications to turn conflicts into opportunities.

Venerable Thubten Chodron is the founder of Sravasti Abbey and the new Gotami House, an American Buddhist monastic community in Eastern Washington. Ven. Chodron is a nun who has studied and practiced Buddhism of the Tibetan tradition for many years in India and Nepal under the guidance of His Holiness the Dalai Lama and other Tibetan masters. Ven. Chodron also travels worldwide to teach and has published a number of books including Working With Anger.

Eric Svaren is the founder and principal of Groupsmith, a Seattle-based company that provides organization development consulting. Eric also teaches mid-career professionals at the Daniel J. Evans School of Public Affairs at the University of Washington.

Dr. Joel Levey is one of the founders of The International Center for Corporate Culture and Organizational Health at InnerWork Technologies, Inc., a Seattle-based firm dedicated to developing and renewing organizational cultures and communities around the globe. He has also co-authored numerous publications, including: Wisdom at Work; A Treasury of Tools for Cultivating Clarity, Kindness, & Resilience.

Ray Willis is the board operator. Crystal Lee answered your calls. Sonya Green is the Managing Producer. Joaquin Uy is the KBCS News & Public Affairs Director.