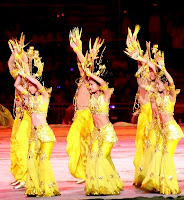 My parents often told us stories of how they fell in love.
They were both giddy upon first laying eyes on each other. My father was wearing a striking red and my mother was looking like Snow White. People often commented on how they seemed to have walked out of a Cinderella fairy tale.
My father revealed though, how nervous he was around my mother. He stuttered every time my mother took off her hat and showed off her shiny hair. “She takes my breath away!” He would mutter, “Mercy, mercy!”

Noticing this, my uncle, my father’s older brother and my mother’s boss, long engaged in sibling rivalry with my father, came to make the match so that he may have a sister-in-law on his side. A salesman, my uncle began to cast my mother in a dual mix of ethereal aura and sex appeal. My mother was marketed for her approachability, for her sway of the hips, for her sexy bare ankles and for the way she slowly disrobed to show hints of her oh-so-edible shoulders etc. My mother knowingly took full advantage of her femininity to get what she craved, sending compliments and messages to my father through go-betweens for instance.

So it is with the effort of my uncle and actually many aunties who made calculated use of feminine wildes that I got here.
Now how’s that for a steamy boy meet girl story?

Okay, so maybe it’s quite tame by today’s standards, but I would still guess that certain thoughts and impressions are swimming in your mind right now.

This demonstrates the power of metaphors and how they too can be absorbed into the depth of our consciousness (the alaya), where free association leads to fantasies, innuendos and finally action.

As much as we ought to be grateful for our parents’ love, a closer analysis of the kind of desire that led to our birth is not a pretty sight. I am not trying to be puritanical, but I do feel an urge to vomit thinking about the dripping blood, sperm and everything else that united my parents.

Conditional love is a form of craving that leads to attachment rather than liberation; that is my understanding now. I am grateful to be a nun who learned from a teacher who never used marriage, romantic relationships or parental relations metaphorically to encourage Harlequin novel scenes and family entanglements. Instead, he spoke openly about sexual ethics, thoughts and acts of erotic love around him and unconditional love. Compassion is not only for those we love but for those we do not as well. Attempting to love everyone as much as we love our spouse, parent or child is much needed in our increasingly hostile world of mistreatment of the other.