The Compassion Network > Blog > blame the victim > Buddhist Persecution Past and Present
Whereas Shakyamuni Buddha accepted students from all walks of life, including the Untouchables who were born into the lowest echelon of the hierarchical Indian caste system, some so-called monastic teachers have told other monastics that they are ill suited for the monastic life.

Political infighting in Buddhist monastic orders past and present have led to monastics being overtly and covertly forced into becoming lay people. The force behind laicization varies. https://www.flickr.com/photos/costafederico/4987993988/in/photostream/

In historical China, the most egregious form of forced laicization occurred under emperor Wu. He ordered the destruction of all things Buddhist. According to Xu Liu’s records of history, the emperor “was soon able to boast of closing over 4,600 monasteries, confiscating enormous tracts of monastery land, laicizing 260,500 monks and nuns. . . . scriptures were burned and priests were executed.” 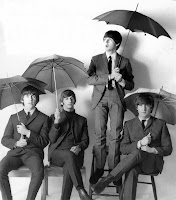 Master Hsuan Hua (1918 – 1995) had revealed the many extreme tactics and power plays that his disciples employed to oust fellow monks or nuns. Search for not yet censored or “cleaned up” talks by this enlightened teacher for some unfortunate specifics that I do not wish to iterate here. Unpublished transcripts of disciples’ self-revelations also affirm these stories from the 60’s and on.